This Time Next Year We’ll Be Laughing

The New York Times bestselling author of the Maisie Dobbs series offers a deeply personal memoir of her Kentish childhood and her family’s resilience in the face of war and privation.

After sixteen novels, Jacqueline Winspear has taken the bold step of turning to memoir, revealing the hardships and joys of her family history. Both shockingly frank and deftly restrained, her memoir tackles such difficult, poignant, and fascinating family memories as her paternal grandfather’s shellshock, her mother’s evacuation from London during the Blitz; her soft-spoken animal-loving father’s torturous assignment to an explosives team during WWII; her parents’ years living with Romani Gypsies; and Jacqueline’s own childhood working on farms in rural Kent, capturing her ties to the land and her dream of being a writer at its very inception.

An eye-opening and heartfelt portrayal of a post-War England we rarely see, This Time Next Year We’ll Be Laughing is the story of a childhood in the English countryside, of working class indomitability and family secrets, of artistic inspiration and the price of memory.

The book will appeal well beyond Winspear’s fan base as a literary memoir deeply linked to history and as a meditation on place and family.
—Library Journal, Starred Review
An engaging childhood memoir and a deeply affectionate tribute to the author’s parents.
—Kirkus Reviews, Starred Review
This Time Next Year We’ll Be Laughing is a beautifully rendered, elegant work of literary architecture joining the present to the past.
—Author Hope Edelman
A memoir of her English childhood that is every bit as engaging as her Maisie Dobbs novels, just as rich in character and detail, history and humanity. Her writing is lovely, elegant and welcoming.
—Bestselling novelist, essayist, memoirist Anne Lamott
A love letter and a beautiful work of gratitude toward the people and the place that made the author what and who she is.
—Author Elizabeth George
Keenly observant… She has woven it all into an illuminating portrait of a time and place that is as optimistic as it is deeply moving.
—Author Sally Bedell Smith 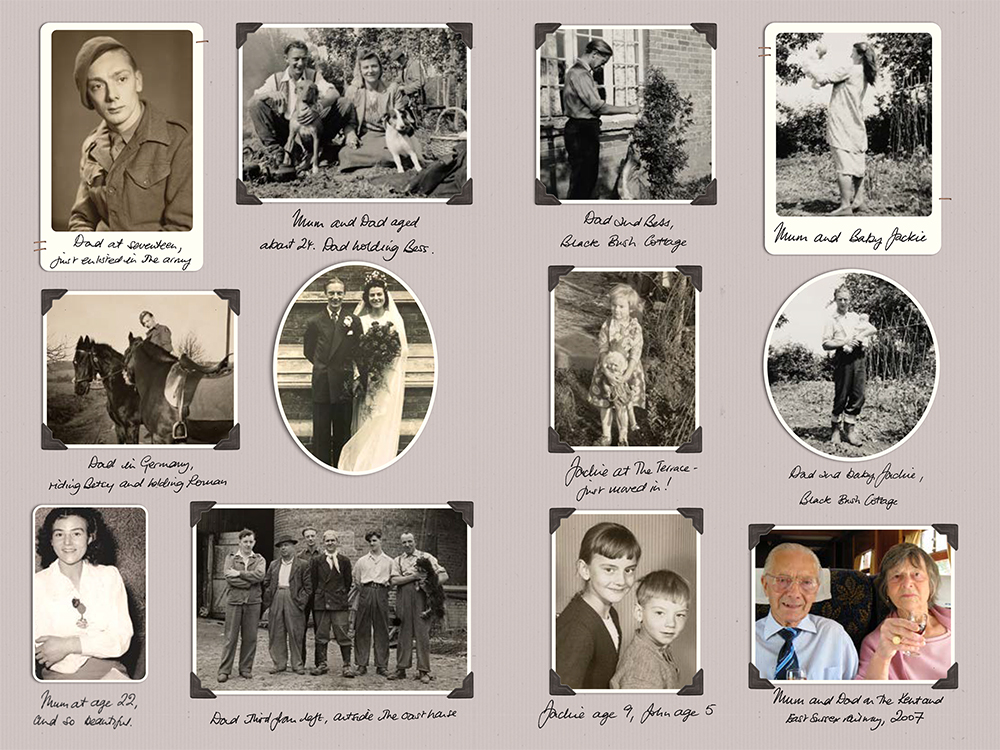 “Jacqueline Winspear has created a memoir of her English childhood that is every bit as engaging as her Maisie Dobbs novels, just as rich in character and detail, history and humanity. Her writing is lovely, elegant and welcoming.”
—Anne Lamott, bestselling novelist, essayist, memoirist, author of Bird By Bird: Some Instructions on Writing and Life

“This Time Next Year We’ll Be Laughing is a beautifully rendered, elegant work of literary architecture joining the present to the past. Jacqueline Winspear’s memoir of an English country childhood is also an homage to the remarkable parents whose choices and outlooks shaped her. Their stories of hardship and gratitude became hers, and hers became this unforgettable book.”
—Hope Edelman, author of Motherless Daughters and The Aftergrief

“Jacqueline Winspear’s memoir—This Time Next Year We’ll Be Laughing—takes the reader through the early and adolescent years of the author’s life as well as the history of her parents’ young marriage in a fashion that is simultaneously endearing, touching, amusing, heartfelt, and astonishing. It’s filled with affectionate details of family and friends and a life lived in rural Kent where entire families—including the author’s—work together on the farms harvesting hops, picking apples and strawberries, preparing fields to be planted, and simply making do. It’s a beautifully written piece of work in which the author explores the complexity of parent/child relationships (and in this case mother/daughter relationships) at the same time as she subtly underscores the bonds that hold nuclear families and extended families together. It’s a wonderful experience to visit a period of time and a way of life that no longer exists in England. It’s a love letter and a beautiful work of gratitude toward the people and the place that made the author what and who she is.”
—Elizabeth George, author of the Inspector Lynley Mysteries

“The countless admirers of Maisie Dobbs novels will discover in the pages of This Time Next Year We’ll Be Laughing how thoroughly the life of Jacqueline Winspear has imbued her compelling characters and stories. This is a memoir both evocative and unflinching. Without a trace of self-pity, Jacqueline Winspear portrays a childhood of rural poverty overcome by hard manual labor, lifelong love amid emotional wounds, and a profound understanding of how “the gift of place” creates meaning. Winspear pays homage to her parents and grandparents by describing their indelible wartime experiences, applying compassion and clarity in equal measure. As in her novels, she brings her keen eye to little known corners of British life such as hop-pickers in the Kentish countryside and the Romany people her parents came to know after World War II while living in an eight-foot-by-five-foot caravan. Keenly observant even as a small child, Winspear absorbed every texture and scent and sound from fields and woodlands, family gatherings, ancient cottages, and dusty treasure-filled attics. She has woven it all into an illuminating portrait of a time and place that is as optimistic as it is deeply moving.”
—Sally Bedell Smith, author of Prince Charles: The Passions and Paradoxes of an Improbable Life

“Winspear delivers an affecting, personal memoir of her family’s history and her own upbringing in postwar England. The story is anchored by reflections on her parents’ experiences and memories of a childhood spent in the countryside. Winspear effectively transports readers into each moment with rich descriptions of even the smallest details. From recalling the fragrance of the hop fields she worked in to exploring her anxieties as generational trauma, her writing is visceral and beautiful. Winspear thoughtfully examines her “parents’ war” and its resulting impact on her life. Her words are hopeful and bright, and imbued with a resilience that will resonate with readers. VERDICT: Fans of Winspear’s Maisie Dobbs books will appreciate the connections she draws between her childhood and themes throughout the series. Yet the book will appeal well beyond Winspear’s fan base as a literary memoir deeply linked to history and as a meditation on place and family.”
—Library Journal, Starred Review

“Readers of Winspear’s popular Maisie Dobbs mystery series appreciate the London investigator’s canny resourcefulness and underlying humanity as she solves her many cases. Yet Dobbs had to overcome plenty of hardships in her ascent from her working-class roots. Part of the appeal of Winspear’s Dobbs’ series are the lovely descriptions of London and the English countryside, featuring vividly drawn particulars that feel like they were written with firsthand knowledge of that era. In her first book of nonfiction, the author sheds light on the inspiration for Dobbs and her stories as she reflects on her upbringing during the 1950s and ’60s. She focuses much attention on her parents’ lives and their struggles supporting a family, as they chose to live far removed from their London pasts. “My parents left the bombsites and memories of wartime London for an openness they found in the country and on the land,” writes Winspear. As she recounts, each of her parents often had to work multiple jobs, which inspired the author’s own initiative, a trait she would apply to the Dobbs character. Her parents recalled grueling wartime experiences as well as stories of the severe battlefield injuries that left her grandfather shell-shocked. “My mother’s history,” she writes, “became my history—probably because I was young when she began telling me….Looking back, her stories—of war, of abuse at the hands of the people to whom she and her sisters had been billeted when evacuated from London, of seeing the dead following a bombing—were probably too graphic for a child. But I liked listening to them.” Winspear also draws distinctive portraits of postwar England, altogether different from the U.S., where she has since settled, and her unsettling struggles within the rigid British class system. An engaging childhood memoir and a deeply affectionate tribute to the author’s parents.”
—Kirkus, Starred Review