WHAT WOULD MAISIE DO? is the non-fiction book that readers have been asking for since I first published MAISIE DOBBS. It was some fifteen years ago that readers first began to inquire if I would bring together a book of "wisdom" from Maisie and her mentor, Dr. Maurice Blanche. I always replied that it wasn't something I could see myself doing—I didn't think I had enough material. And as each novel was published, so the question came up again. Increasingly readers shared their stories with me, describing how this or that passage in one of the novels had helped them get through a difficult time, perhaps holding them fast while enduring a period of mourning. And another phrase kept cropping up. "When I don't know what to do about a problem, I ask myself, 'What would Maisie do?"

Then almost two years ago something happened—the catalyst for my getting to grips with the project. I've written about it recently on my Facebook page, and the story is repeated in the WHAT WOULD MAISIE DO? acknowledgments section, plus it will appear on the dedicated website for the book, so I won't repeat it here. But I began to plan WHAT WOULD MAISIE DO? and to write the content. I asked readers to share with me their most beloved passages from the series, and to tell me why their choice had a resonance for them—and so many of you responded. Together with my own favorite lines, I whittled the list down to 28 passages, and for each one I wrote about the inspiration for the passage, and what Maisie might ask you, the reader. And because I realized I wanted it to be a "living document"—one that readers could contribute to—journaling pages follow each section, so you can work with the piece, rendering the words a more personal point of inspiration, or a reminder that even through the best and worst of times, you can endure and have an innate resilience to draw upon. Other sections include information on places featured in the novels, and something about how the writer uses clothing, public transport and motor cars (for example) to give a sense of time and place. You'll also find some of the most beloved epigraphs that have opened books in the series—each with a question for you, the reader. 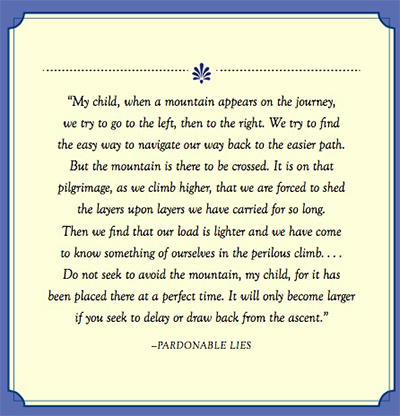 From WHAT WOULD MAISIE DO?—in the book it's followed by my interpretation, a question for the reader, and space for journaling.

On February 14th—about six weeks prior to publication—we'll be launching www.whatwouldmaisiedo.com. Once the full site goes live on February 14th, you'll be able to join the Maisie Dobbs community of readers—to share your experience of reading and responding to Maisie's questions. It's a way to meet other readers who are working through passages from the novels. WHAT WOULD MAISIE DO? is beautifully illustrated, with photographs and images to accompany each section—it's a production I could only have dreamed about when I first began to work on the book. Here's one of my favorite images from the book, courtesy of the Lost Art of Nursing Museum in Cannon Beach, Oregon. Some years ago I was invited to give a presentation on nurses in WW1 by the founder of the museum, Melodie Chenevert, and when I saw this image among many in her collection, I felt as if I had stumbled on a photograph of Maisie Dobbs in the Great War. 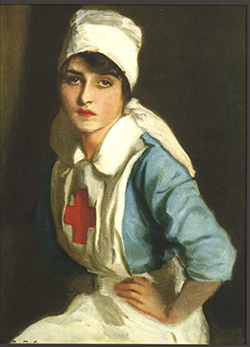 Could this be Maisie Dobbs?

My next newsletter will be distributed in February—and I'll be telling you a little more about the "real life" characters who pepper THE AMERICAN AGENT. And I'll also have the final line-up of events on my book tour in connection with publication of the two books.

PS: Newsletter address changes: Please note that if you want to change the email address where you receive my newsletters, I am unable to make the change for you. This is for security reasons to protect you as an internet user. To change your email address you must first Unsubscribe from the newsletter (link at bottom), and click here to re-subscribe using the address to which the newsletter should be sent.

Read about THE AMERICAN AGENT 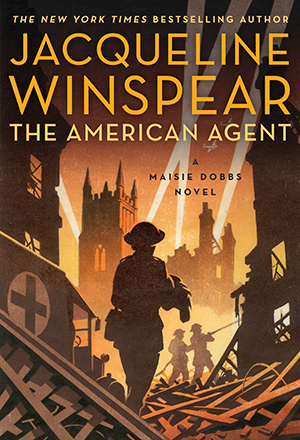